Five factors for a healthy brain 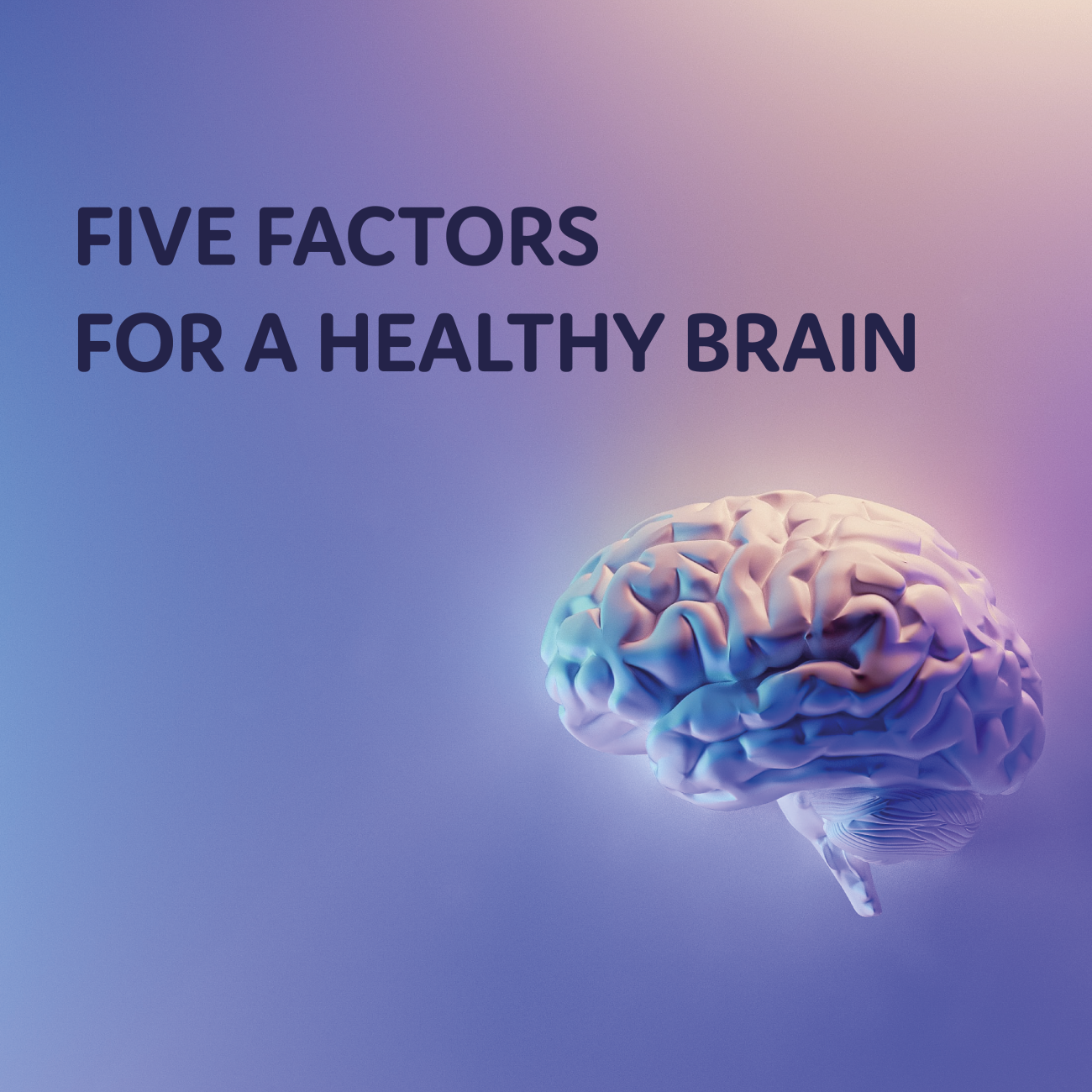 More than 50 million people worldwide are living with dementia. Unfortunately, there is still no cure for it. But it is becoming increasingly clear from scientific research that the risk of dementia can be reduced by up to 40% by adopting a healthy lifestyle between the ages of 40 and 75. Because prevention is an important part of Expat & Co's philosophy, here are 5 important factors that keep your expat brain healthy.

On May 9, at the start of the 'Care Week', the Flemish government launched a public campaign on brain health. And this extra attention is very much needed, because more than 50 million people worldwide are living with dementia. This syndrome is not hereditary, so even people without dementia in the family can get it.

Unfortunately, there is still no cure for it. But it is becoming increasingly clear from scientific research that the risk of dementia can be reduced by up to 40% by adopting a healthy lifestyle between the ages of 40 and 75. Because prevention is an important part of Expat & Co's philosophy, here are 5 important factors that keep your expat brain healthy.

Exercise keeps the brain healthy. That's according to a large-scale study that appeared in the scientific journal Proceedings of the National Academy of Sciences. 120 elderly people were divided into two groups. One group did aerobic training three times a week. A control group did light stretching exercises three times a week. One year later, there was a remarkable difference in the hippocampus, a brain region important for information processing and memory. "The hippocampus was increased in volume in those who had exercised three times a week. They also scored better on memory tests. In contrast, in the stretch group, the hippocampus had shrunk," KU Leuven Professor Davy Vancampfort told VRT NWS.

According to a Finnish study (2017 and 2020), sauna has beneficial effects on blood pressure and general cardiovascular health. In the late 1980s, data was collected from 2,315 healthy men between the ages of 42 and 60. Twenty years later, these people were revisited. Using the sauna two to three times a week reduced the risk of dementia by 22%; going to the sauna almost every day even reduced it by 66%.

There is a clear link between lack of sleep and the risk of dementia. During your deep sleep, your body clears away waste products in your brain so that it can function optimally again in the morning. This was shown in a large study of 8,000 British in their fifties. Those who slept less than six hours were 30 percent more likely to develop dementia than those who slept seven hours a night. People who slept about seven hours also had fewer symptoms of anxiety and depression.

As you age, social contact protects your brain. Prolonged loneliness has been linked to 26 percent greater risk of dementia, according to research by Professor Davy Vancampfort. Being alone for a long time is stressful, and ongoing stress is toxic to the brain. It leads to the production of a lot of cortisol, a hormone that damages the hippocampus.

Due to their stressful life, high cholesterol and high blood pressure are common among higher educated people and thus among expats. Geographically, we also see more cases of diabetes in North African regions (Turkey, Morocco, Tunisia), India, China and US.

Healthy nutrition is very important in this regard. The Mediterranean diet (less meat, less sugar) which includes olive oil (healthy fats), leafy vegetables (fibers), unsalted nuts (proteins), berries (fruit) and oily fish (EPA and DHA)seems to have a positive effect on the heart and blood vessels. It also contains many vitamins that protect the brain.

And then, there is this no-brainer: drinking too much is not good. Alcohol is toxic and damages the brain. One glass per day is fine, three glasses or more is not. In Mediterranean Europe, people often drink a glass of red wine, which is supposed to help them live longer. In fact, the good components of red wine are the grape seeds. So you can easily replace that glass of red wine with a handful of grapes, for the same health effect.

Several large studies have shown a clear link between oral health and neurodegenerative diseases such as Alzheimer's, Parkinson's and dementia. "Poor oral hygiene is clearly linked to reduced quality of blood vessels. As a result, the irrigation of the brain is not as good. In addition, our body responds to oral infections by producing inflammatory proteins. These then end up in the blood and thus in the brain, where they cause problems," Professor of Microbiology Marie Joossens (Ghent University) explains to VRT NWS.

Get your smart insurance.